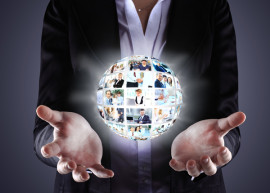 The acquisitions bolster Optimal’s presence in the United States, an essential market for a company building an international online payment service, Lewin says. “Optimal has done a very good job in Canada and Europe building a distribution channel, ” he says. A U.S. presence with similar capabilities as the other two regions is vital, he says. “There are very few global providers out there, ” he says.

Later this year Optimal expects to have the ability to acquire Visa Inc. and MasterCard Inc. merchants in Europe without having to partner with a bank, Lewin says.

Both Meritus and Global Merchant Advisors target e-commerce retailers, a merchant category that tends to have higher profit margins for payment companies than brick-and-mortar stores, Lewin says. And “e-commerce is attractive because of the growth, ” he says.

The acquisitions immediately get Optimal access to salespeople who are versed in selling merchant services, especially to e-commerce retailers, Lewin says. Of the 100 employees at Meritus, about 18 sell directly to merchants. He says existing programs remain in place with independent sales agents.

Optimal also gained access to the U.S. acquiring bank relationships maintained by the two companies, Lewin says. “If a merchant comes to us, it’s nice to have different options, ” he says. That can be useful if one acquiring bank declines to board a merchant. Another one might, he notes.

Of course, the Optimal deals are part of a larger, and ongoing, consolidation within the merchant-services industry. Many larger ISOs use acquisitions to generate growth, says Adam Atlas, an attorney specializing in payments. “These super ISOs are often backed by substantial investment by hedge funds or other venture capital that have spotted our industry and allowed them to vacuum up untold numbers of ISOs, ” Atlas says. “One has to believe this is driven by the cheap cost of money on one hand, and secondly, the pent up capital in investment houses.”

Change Is Coming for Agents as Merchants’ Payment Products EvolveNext