Change Is Coming for Agents as Merchants’ Payment Products Evolve 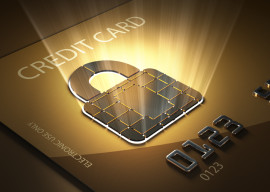 Sales agents as a way to sell payment-processing services to merchants aren’t going away, but they aren’t staying the same. That’s according to a new research report from Double Diamond Group LLC, a Centennial, Colo.-based payments-advisory firm.

“This is a period of significant change in acquiring, ” says Rick Oglesby, senior analyst at Double Diamond. Tablet and smart phone-based point-of-sale products are usurping some of the demand for traditional payment terminals as profit margins on processing rates continue to erode. Many of these new products can offer business-management features, such as inventory control and sales reporting, that traditional POS terminals are not capable of.

Despite all of this change, Oglesby dispels the notion that the agent channel will die. “There’s always a drastic reaction when people see a new change, ” Oglesby says.

But, change tends to happen slowly most of the time, Oglesby says. That provides agents with time to adapt. “There’s a convergence going on, ” he says. “The agents themselves need to change.”

That’s because the ISOs and acquirers that use sales agents want to sell more profitable products and services, and that can require a different skill set, Oglesby says. “If we have someone selling terminals based on price, can they make the transition to selling a systems that has business-management functions? All of a sudden, the sales agent is not a payment salesperson, but a business-management consultant, ” he says.

A consultative sales approach is not a new concept in merchant acquiring, but is one that has changed, says Todd Ablowitz, Double Diamond president. What’s changed is that it’s not enough to talk to merchants just about a product, such as a payment terminal. Now agents must focus on business solutions that encompass software and hardware that aid merchant sales, he says.

Ultimately, sales agents aren’t going away. “One thing we found is that many of the ISOs rely on the agent channel because they’re trying to get the most out small-business owners, ” Oglesby says. Independent sales agents are small businesses themselves, he says. “They are performance-based. They get nothing if they don’t sell product. As they see change in the market, they may be the most adaptable part of the distribution channel.”